MAMA! MAMA! I Got Candy! 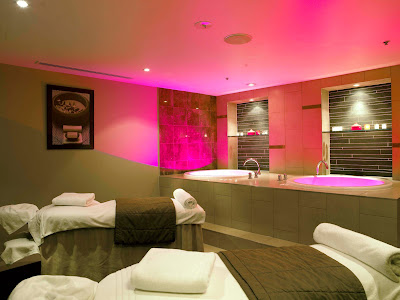 Every now and then I have the great joy of passing on some pretty great gifts to some pretty great gals. That's you. Well it could be you.
To celebrate Mother's Day, Travel Candy are giving away a night at The Mansion House Hotel + Spa. Plus a spa treatment. Plus a high tea for two. Gulp.

Oh well, sorry ladies, the winner is Lexi (aka PottyMouthMama). Oh dang. That will never do. Alright, this is what you have to do:

- three cartwheels on the lawn (please ensure you're wearing knickers. And that the postman is driving past as you're into the second)
- Become a member of Travel Candy (no waiting list for friends of PMM - we're VIPs baby)
- Finish this sentence IN 25 words or less. And I am strict, I count those words as though they're my last pennies. (Matt advised I observe a 10% leeway, however I've declined. It's hard and fast around here. 25 words or less or else!)

The last thing I expected about being a mum is/was: (over to you).

Terms & conditions:
- Australian residents only
- Must be over 18
- Must be a member of Travel Candy
- Entries close Friday 6th May at 11:59pm

Posted by Lexi:: PottyMouthMama at 9:31 pm

I'd like to tell you what I think about your 'Australian Residents Only' in 25 words or less!

The last thing i expected about motherhood was...confidence. It has been the kung-fu fighter to my self doubt and now it seems I am not afraid of much. Amen to that.

I didn't expect to be consumed by love, and have my heart make all the decisions. Which means I haven't slept properly in FOREVER!

To fall in love with dummies, dimmer switches and think it was ok to not go to a hair dresser for nine months.

I didn't expect to fall in love with our son so instantly, so completely and so unconditionally.

I am not entering but just wanted to say thank you for my Medina voucher that arrived yesterday... however I may enter later.

The last thing I expected about motherhood was...

...a good day being judged by whether my babies spewed on the couch or my dressing gown (whilst I was wearing it)!

I never expected to hang my hopes of escape on blog giveaways but now I dream of time alone soaking in a tub!

that It doesnt matter how much they can annoy you , you just look at them in amazement and think "WOW" how lucky am I.

The last thing I expected about motherhood was...how much my child would teach me about having patience, taking time out to enjoy simple things, loving unconditionally and not sweating the small stuff.

That I would love another human being so much I would give them the foam off my capuccino!

I thought I was pretty formed. I didn't expect these tiny people to expand my potential for feeling joy and fear and pain in such incredible measures.

The last thing I expected about motherhood was...to never toilet, shower or eat a meal in peace again! Seriously!?! What's with that!?!

The last thing I expected about motherhood was: That I could actually 'do' it - that I would be good at it, very pleasantly surprised!

The last thing I expected about motherhood was...having only two hours sleep but still being able to wake up to my two children with a smile and the greeting "Hello my sunshines".

I didn't expect to have so much conversation in me about poo, wee and vomit!

The last thing I expected about being a mum was to resemble a yeti.... The Mansion House has a waxing professional at the spa? Yes?

The last thing that I expected about motherhood was...

the amount of poo and snot that my little tackers could pump out! And how truly gigantic my heart has grown because of them.

being constantly amazed by how children have their own little personalities with their own senses of humour, own sleep needs and own preferences for bribes.

I never expected that I'd have little eyes watching me when I shower, and that I'm ok with so many stained items in my home!

The last thing I expected was to be so completely consumed and wrapped up with my baby.

to be asked 'mum what does bedlam taste like?' and to be told 'racism sounds like a job for super-why'. Hmmm.